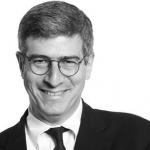 Bruce Cahan is a Lecturer in Stanford University’s Management Science and Engineering Department, an instructor in Stanford’s Hasso Plattner Institute of Design (known as the d.school), a Distinguished Scholar at Stanford’s Human-Sciences and Technologies Advanced Research Institute’s  mediaX Program, and an active member of CodeX Fellow at Stanford’s Center for Legal Informatics.  Bruce co-founded the Sustainable Banking Initiative at Stanford, and teaches Ethics of Finance, Buy-Side Investing and Sustainable Banking at Stanford.  As an Ashoka Fellow, Bruce is creating GoodBank™(IO), a prototype for high-transparency, impacts-aware commercial banking.

Bruce co-founded Urban Logic with David Kuhns as a nonprofit in 1991 to improve urban sustainability decisions in real time.  Bruce designed a geographic information utility, NYMAP, to see where and what infrastructure, environmental, transportation and emergency response assets and needs coexist.  At first, City Agencies resisted pooling data, resting on their information fiefdoms.  Through Bruce’s research and advocacy with the Mayor’s Office of Operations and Budget Office, he found $100 million in the City’s capital budget to create NYCMAP, that is the cornerstone today for mapping and coordinating NYC operations.

By the mid-1990s, the Federal Geographic Data Committee and the federal Office of Management & Budget (OMB) learned of Bruce’s success in NYC.  With federal grants to Urban Logic, Bruce researched financing the nation’s geographic information as infrastructure (NSDI).  Bruce’s adaptive design led OMB to adopt the 49-state I-Team Initiative to share open, standardized geographic information, much of which is accessible now through web services like Google Maps®.

After September 11, 2001’s World Trade Center Attacks, Bruce served as an emergency responder, stationed at the NYC Mayor’s Command Center, acting as liaison for federal geographic and other capabilities.  There, Bruce saw firsthand how much knowledge exists about urban conditions, but remains cloistered until a crisis erupts.  As a municipal bond and corporate finance lawyer and merchant banker, Bruce realized that safe, “artificial” crises could be created through a credit ratings that reward sustainability and resiliency proactively.

Based on his 9/11 experiences, Bruce decided to create a new type of banking, where regional quality of life measures would reward customers’ and business’ sustainable choices, and provide new options for the environmental, public health and other social sector programs implemented by nonprofits and social entrepreneurs. (For more, see articles in Fast Company and the Federal Reserve Bank of San Francisco’s Community Development Investment Review). 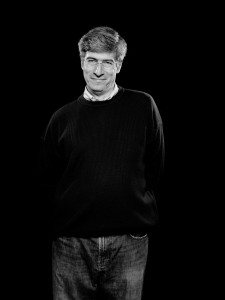 To share his designs for sustainable banking, Bruce curated TEDxNewWallStreet x = an independently organized TED event, where 16 speakers reimagined a “New Wall Street” in Silicon Valley safer, fairer, cheaper and more accountable.  Within four months, the Talks attracted over 25,000 views on YouTube: http://bit.ly/TEDxNWS-Playlist  Bruce is organizing a second TEDxNewWallStreet for Silicon Valley in 2013, and a synergy TEDxCheapside in London http://www.ted.com/tedx/events/7139.

Bruce’s design for financing smart cities doesn’t stop at banking, City Hall, data or the pavement.  As a New York subway rider for 25 years, he imagined that small package freight could move through subways, instead of streets.  Bruce’s SubEx design for undergrounding freight and adding revenues to support mass transit was a finalist in the 2009 Buckminster Fuller Design Challenge, http://challenge-old.bfi-internal.org/application_summary/461.

Bruce was trained as a commercial and municipal banking and finance lawyer at Weil Gotshal & Manges (10 years) and managing director at a Hong Kong-based merchant bank (2 years).  As a social entrepreneur, Bruce acquired skills as a government technologist, emergency responder and someone who enjoys reconnecting meaning to how the world works.  Bruce is a frequently sought mentor startups in Silicon Valley, and global speaker.

Bruce graduated The Wharton School at the University of Pennsylvania (B.S. Economics & International Business 1976) and Temple Law School (J.D. 1979), and was admitted to practice law, passing the bar examinations, in California (2006), New York (1980) and Pennsylvania (1980).

Social Entrepreneurs to the Rescue In our time of transition, moving to the Digital Era connecting us globally, storytelling has reemerged as the way to sell consumer products, to gather investors in startup companies, to change government policy, and to address long unmet environmental and social conditions. Social entrepreneurs are among the best of these […]

Why is it that shopping is what powers the Internet? So many new products struggle to find an audience, create a following, define a market, be the next Google, Apple or Facebook. Google’s Campus – the sprawling Googleplex in Mountain View California – is like a graduate engineering school, most employees wear tee shirts identifying their […]