Designing and Financing a Unifying Basemap of New York City 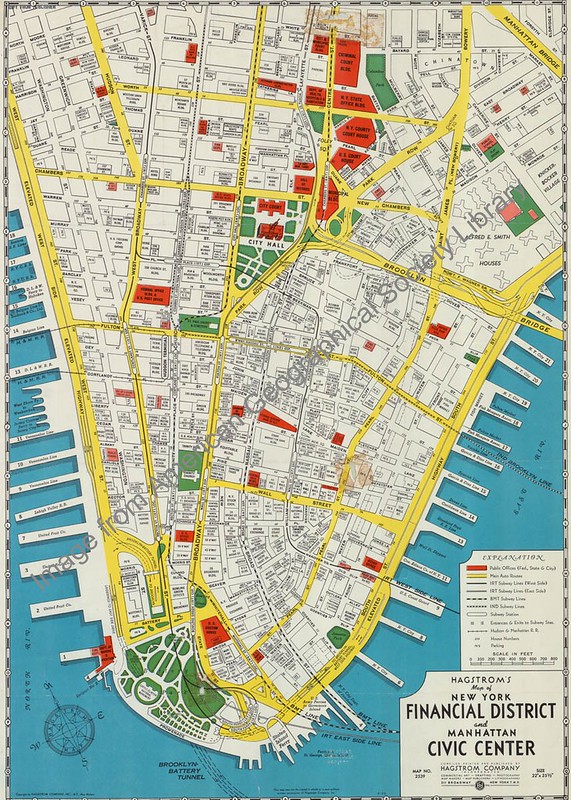 Moscow on the Hudson – Information Stovepipes Add Costs and Risks

Up through the 1990s, New York City agencies maintained separate maps, drawings, and other data in separate data silos, evolved for their purpose solely as standalone information:  Water pipes were mapped by the Department of Environmental Protection, separate from the Fire Department’s needs to know which fire hydrants would have sufficient water pressure.  Tax maps for real property assessment purposes were separate from the Building’s Department’s system for tracking which Manhattan buildings had been restored and renewed by landlords and tenants; and so on.

With the computerization of City workflows, the inability of Agencies to know whether a map existed, and whether it was outdated or incomplete or unfit for the scale and purpose intended (all map metadata), presented huge obstacles for the public and private sectors in rebuilding City infrastructure, responding to City emergencies, and competing with cities whose infrastructure systems and City management of such systems had modernized.

At the time of the August 1989 steam pipe explosion outside his 32 Gramercy Park South apartment building, Urban Logic’s co-founder Bruce Cahan worked for a Hong Kong merchant bank. Bruce had practiced law for ten years with Weil Gotshal & Manges, specializing in corporate, municipal and real estate finance. Bruce had experience as a hobbyist programming computers and used “computerized legal solutions” in his law practice to speed and track client work.

Bruce saw the potential for creating a digital map of the entire City of New York, from bedrock to the top of the World Trade Towers. His vision became a 1991 proposal from Urban Logic to the Mayor’s Office of Operations for NYMAP, as a public-private partnership. Urban Logic’s implementation challenges included persuading the Mayor’s Office and agency commissioners that their paper maps were outdated, incomplete, pilfered and inaccurate, and proving the cost savings of creating and using a common base map.

$537 million of Waste for Stovepiped Data

Urban Logic, aided by the City’s Office of Management and Budget, the Department of Environmental Protection (DEP), the Department of Information Technology & Telecommunications, the Mayor’s Office of Operations,  the GISMO users group of geospatial enthusiasts and practitioners and then City Councilman Andrew Eristoff, estimated that unless a common base map were built for $20+ million, the City would ultimately spend $537 million over the next 10 years on projects that would partially map or depend on partially mapping various attributes of City operations, and none of such maps would necessarily align, or be interoperable.

Urban Logic used a survey of the many City Agency and safety functions that generated and relied on maps to estimate the ultimate benefits and costs of having the Agencies share a common base map. By arguing that the name of Fifth Avenue and its dimensions do not change annually, an accounting custom of City OMB was reinterpreted as well to permit “data,” not hardware and software, to be treated as a capital asset eligible for capital budget (instead of operating budget) funding; like most cities New York’s operating budget is frequently in deficit, while its capital budget is in surplus, so that the effect of making a project “capital eligible” is to get it currently funded.

In the mid-1990s, Urban Logic advised New York City against trying to sell its geospatial data at a profit, arguing instead that the economies of scale to the City Agencies of requiring and receiving standardized geospatial data would make operations more efficient and effective, at a cost savings far outweighing the net revenues from selling historic Bytes of the Big Apple or similar digital mapping products.

Eventually, the Mayor’s Office of Operations was persuaded through City Council hearings in which Urban Logic and other allies participated to create a “NYCMAP – A GIS Data Utility,” to serve Citywide needs for accurate geospatial information. The NYCMAP was quality-assured by the CARSI Lab of Hunter College‘s Professor Sean Ahern and his team. Today, the award-winning NYCMAP Data Utility and its public portal NYCityMap are essential tools for managing New York City daily and especially in emergency situations.  And in 2012 – nearly 20 years later – New York City adopted and officially embraced a Citywide policy of Open Data as Local Law 11.

By the mid-1990s, Urban Logic’s work in New York City became known and requested by federal and state geospatial and government technology allies in DC, Europe (OECD Paris), and elsewhere, as shown in the sample of papers and presentations below:

Witness, Congressional Hearing of the Subcommittee on Government Management, Information and Technology regarding Geographic Information Systems in the Public and Private Sectors (June 9, 1999), http://www.gpo.gov/fdsys/pkg/CHRG-106hhrg63008/html/CHRG-106hhrg63008.htm.

Leader of the June 8, 1999 GeoData Workshop on Financing and Commercialization of the National Spatial Data Infrastructure, http://www.fgdc.gov/99Forum.

Member, OpenGIS Consortium, Inc., a non-profit research and development group established by the data base industry (hardware, software and networking) and its institutional customers

Government Technology Conferences in Austin and Sacramento:  The Economics of Data Sharing (March & May 1994)