An urban oasis, the historic Gramercy Park at 20th Street just east of Park Avenue in Manhattan, a quiet August scene, for reading, walking and thinking. 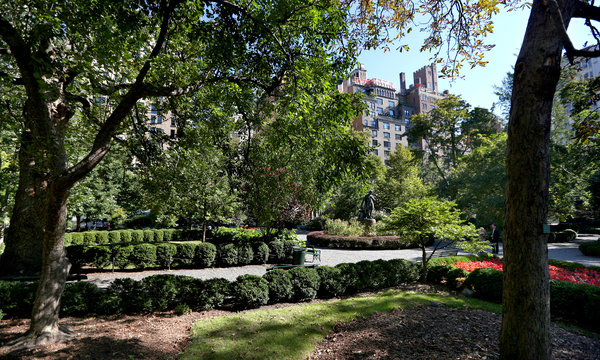 Gramercy Park on a quiet day

On a hot August 19, 1989 evening, an ancient steam pipe maintained by Con Edison erupted, spewing 200 pounds of asbestos wrapping in a geyser of mud in front of 32 Gramercy Park South (New York City), leaving a crater in the street five feet deep and ten feet across, killing three people, injuring 24 more, and evacuating the 200 residents of that apartment building. 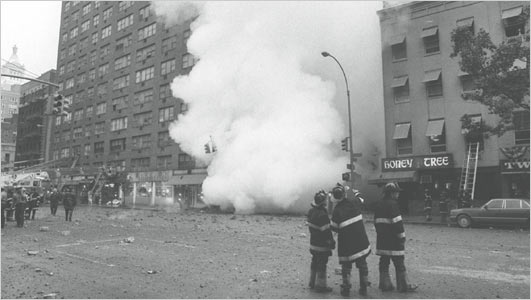 Bruce Cahan lived in 32 Gramercy Park South, and for nine months was one of the tenants made nomads, their clothing, apartments and lives pilfered, destroyed or forever changed. Among many possible factors, research showed that a Con Ed work crew at 20th Street and Third Avenue (also known as 32 Gramercy Park South) re-pressurizing the steam pipe on a hot August night, was unaware that two blocks away at 18th Street and Irving Place a New York City water crew was repairing a water main that may have allowed water to seep underground around the pipe at exactly the moment that the 135-year old pipe was most fragile – while re-pressurizing.