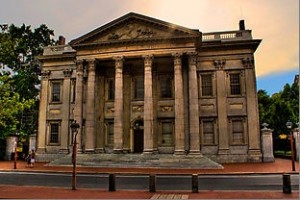 Publicly-owned banks play significant roles in modern economies for U.S. trading partners like China, India, Germany and Latin America.  Given the federal rescue of major and minor banks during the 2008-10 Credit Crisis partially privatizing the largest banks, we need academic research to see how publicly-owned banks moderate business cycles of expansion and contraction (boom and bust) fueled by private bank “easy credit” lending policies that pump up the value of housing and other bubble assets.

In 2010, Urban Logic created StateOwnedBanks.com to share some of its research on this topic, and to put in perspective the parallel system of banks, globally, owned or partially-owned by government as public trustee.  (Due to hackers’ mischief, we have had to restrict access to the site – if you want access to www.StateOwnedBanks.com, please email us and we will create a user name and password.)