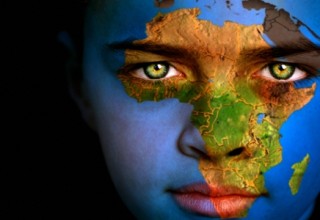 Social Entrepreneurs to the Rescue

In our time of transition, moving to the Digital Era connecting us globally, storytelling has reemerged as the way to sell consumer products, to gather investors in startup companies, to change government policy, and to address long unmet environmental and social conditions.

Social entrepreneurs are among the best of these storytellers, speaking often from the first person singular as to how a person in need or a legacy process for daily activity was the catalyst for seeing the challenge as solvable, and the solution as worthwhile for doing well by doing good.

Media forums such as the TED and TEDx Conferences attract vast global audiences to hear this good news, and to delight in the craft of a founder story told with full passion for moving to a previously unachieved outcome.

Yet, it would be naive to think that “social entrepreneurs” singlehandedly solve the insolvable.  Many social entrepreneurs succeed through building enormous networks of likeminded and complementary actors scattered in industry, government, stakeholder communities and the media.

Watch the successful social entrepreneur on a TED stage, well-dressed and well-spoken, connecting with the audience authentically.  It would be easy to believe that foundations or investors fully or even partially funded the work that got them onstage.  In a survey of Ashoka Fellows in North America during the height of the Great Recession’s impact on philanthropy (2010), Urban Logic found that  social entrepreneurs personally sacrifice much to commit to and pursue their missions:

For university undergraduates and those with advanced degrees entering an economy with massive student debt and paltry job prospects, pursuing the passion to change broken paradigms is quite appealing.

Three decades ago, a McKinsey partner, Bill Drayton, coined the phrase “social entrepreneur.”  Later, empowering “everyone is a changemaker” became the bedrock of Ashoka’s mission.  Bill acted out of concern for the changemaker’s lifestyle, wanting to fund and mentor health in that.  Plenty of foundations fund “programs” and “projects.”  Bill Drayton cherished care-taking the human visionary – similar to Steve Jobs’ iconoclastic call to arms “Here’s to the crazy ones…”

Yet today, as brand buffing or examples of corporate social responsibility for market segments of customers, corporate priorities seem to be calling the shots on which social entrepreneurs get funded to promote what changes in the world.  The categories chosen for corporate challenges or foundation grants are often too faddish or rigid to define the multi-layered stories of benefits to be achieved and resources to be tapped more effectively.

Would other types of funding lead to more diversity and continuity in change-making, and thereby improve the lives and careers of changemakers?  We think so…